Boeing is reporting a loss of $8.4 billion in the fourth quarter on weaker demand for planes during the pandemic. 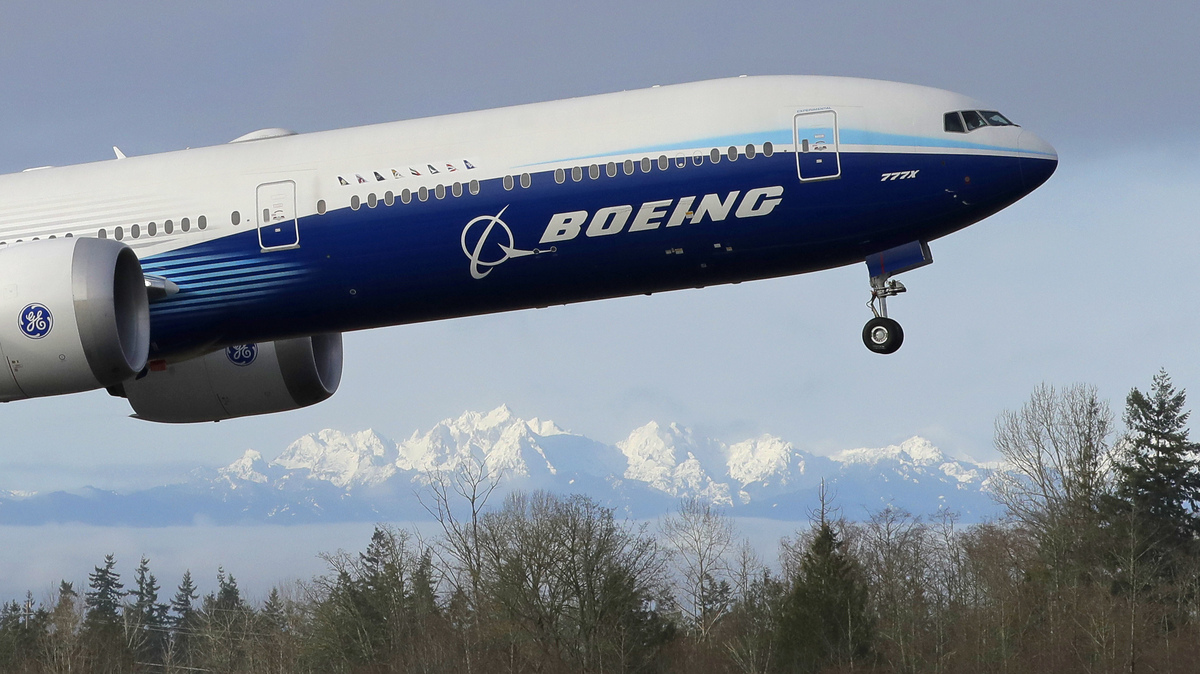 Boeing is reporting a loss of $8.4 billion in the fourth quarter on weaker demand for planes during the pandemic.

Boeing is trying to close the books on a dismal year. The aircraft manufacturer Wednesday reported that the company lost close to $12 billion in 2020, a record loss, as the pandemic depressed demand for new airplanes and the company continued to reel from its 737 Max debacle.

Calling it “a year like no other,” Boeing CEO Dave Calhoun started a conference call on the company’s 2020 financial results by stating an obvious but painful truth.

“2020 was a historically challenging year for our world, for our industry (and) for our business,” Calhoun said.

The $11.9 billion dollar net loss is the largest in the aerospace giant’s more than 100-year history and a big part of the reason is the coronavirus pandemic. Air travel demand plummeted amid global travel restrictions and fears of spreading the virus, and Calhoun notes that the number of people flying today is still down nearly 60% from a year ago at this time.

“Despite solid progress on the vaccine front, the next six to nine months will remain very challenging for our airline customers and the entire industry,” Calhoun told industry analysts and reporters on the call. “COVID-19 case rates continue to be high and travel restrictions remain in place, putting significant pressure on passenger traffic.”

As airlines try to cope with their own huge financial losses, they are now deferring orders and delaying deliveries of new planes. And Calhoun doesn’t expect demand to bounce back any time soon.

“We expect it will take around three years for travel to return to 2019 levels, and a few years beyond that to return to our long term growth trend,” he said.

Demand for the biggest commercial jets, widebodies, including the 777 and 787 that fly long-haul international routes, is particularly down and expected to remain so.

But it’s not just the pandemic that is dragging down Boeing. The company is facing a huge challenge with its new 777X, a longer variant of the widebody 777, taking a $6.5 billion write-off on the still unfinished aircraft.

Test flights of the 777X began a year ago, but safety regulators are demanding design changes to address safety concerns. And with the market for such giant, long-haul jets evaporating during the pandemic, Boeing is now pushing back the plane’s entry into commercial service into late 2023.

Boeing has also had a slew of other design and production problems with the 787 Dreamliner and the KC-46 midair refueling tanker for the Air Force.

And then there’s the 737 Max, a plane that Boeing had staked its future on as it became the best-selling commercial jet in the company’s history before two crashes, five months apart, that killed 346 people.

Wednesday the European Union’s aviation safety agency became the latest to approve fixes and design changes to a flawed automated flight control system that investigators say played a major role in causing the crashes, and the agency will allow the troubled jet to return to passenger service. The Federal Aviation Administration, along with regulators in Canada and Brazil, have already recertified the 737 Max and five airlines are flying the plane again.

Earlier this month, Boeing entered into a deferred prosecution agreement with the Justice Department to resolve a criminal charge of conspiracy to defraud the FAA related to the design and certification of the aircraft. As part of the agreement, Boeing admits to misleading regulators about the safety of the MCAS flight control system on the 737 Max. The company agrees to pay $2.5 billion in penalties and compensation, and if Boeing lives up to the terms, after three years the criminal charge will be dismissed.

Boeing is “absolutely in the worst shape it’s ever been in, as is the broader commercial aero market,” says veteran aerospace industry analyst Richard Aboulafia of the Teal Group.

He says the company is “facing serious market challenges with this terrible downturn, basically starting up the 737 Max program again, which is inherently costly, and of course, wrestling with developing this very expensive new derivative of the 777 that’s entering a market that really doesn’t want a plane in that class right about now.”

But Aboulafia adds there’s almost no where for Boeing to go but up.

“They’ll get out of this but in terms of where they find themselves in this moment in time, it’s a pretty bad situation,” Aboulafia adds.

Other aviation industry analysts agree, adding that Boeing’s road to recovery and eventual profitability is a long one.