Dr. Anthony Fauci, a member of President Trump’s coronavirus task force, directs the National Institute of Allergy and Infectious Diseases, which had convened the panel of experts. 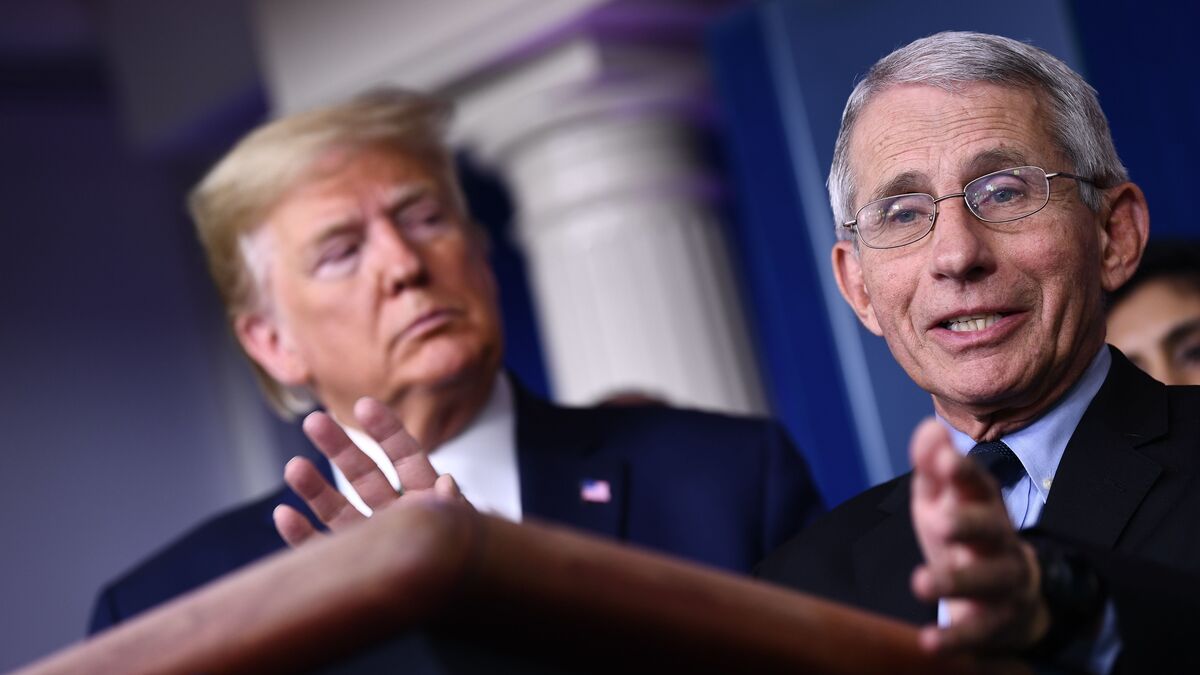 Dr. Anthony Fauci, a member of President Trump’s coronavirus task force, directs the National Institute of Allergy and Infectious Diseases, which had convened the panel of experts.

A panel of experts convened by the National Institute of Allergy and Infectious Diseases recommends against doctors using a combination of hydroxychloroquine and azithromycin for the treatment of COVID-19 patients because of potential toxicities.

“The combination of hydroxychloroquine and azithromycin was associated with QTc prolongation in patients with COVID-19,” the panel said.

The recommendation against their combined use would seem to fly in the face of comments made by President Trump suggesting the combination might be helpful. On March 21, for example, the president described them in a tweet as having a “real chance to be one of the biggest game changers in the history of medicine.”

HYDROXYCHLOROQUINE & AZITHROMYCIN, taken together, have a real chance to be one of the biggest game changers in the history of medicine. The FDA has moved mountains – Thank You! Hopefully they will BOTH (H works better with A, International Journal of Antimicrobial Agents)…..

He has repeatedly touted the use of the drugs during televised coronavirus task force briefings.

“I think it’s not a bad idea to do it, but that’s up to the doctors,” Trump said March 31 before adding the caveat, “It’s going to have to be proven. It’s very early.”

On April 5, though, without any more evidence of efficacy, he went further:

“What do you have to lose? And a lot of people are saying that when — and are taking it — if you’re a doctor, a nurse, a first responder, a medical person going into hospitals, they say taking it before the fact is good.  But what do you have to lose?  They say, ‘Take it.’ I’m not looking at it one way or the other, but we want to get out of this.  If it does work, it would be a shame if we didn’t do it early. But we have some very good signs. So that’s hydroxychloroquine and azithromycin.”

As for using the use of hydroxychloroquine or chloroquine alone, the panel said there was “insufficient clinical data to recommend either for or against.” It reached the same conclusion about the drug remdesivir.

The expert panel, convened by the NIH Institute that Dr. Anthony Fauci directs, produced a set of guidelines for doctors to use in treating COVID-19 patients. The panelists come from a variety of health care disciplines. For the most part, the guidelines are agnostic about the use of experimental medications, pointing out that strong scientific evidence is lacking to make a firm conclusion one way or the other.

But occasionally, there are recommendations explicitly against certain therapies. For example, the panel recommended against using Lopinavir/ritonavir or other HIV protease inhibitors because of negative clinical trial data. It also recommended against using interferon because it seemed to make patients with SARS and MERS worse. Those diseases are caused by a coronavirus related to the one causing COVID-19.

“It’s all based on the data,” said panel member Dr. Susan Swindells, a professor in the department of internal medicine at the University of Nebraska College of Medine. “We just plowed through everything that was, and apart from supportive care, there wasn’t anything that was working terribly well.”

The panel also concluded that there was insufficient evidence to recommend any kind of treatment either to prevent infection with the coronavirus or to prevent the progression of symptoms in those who are already infectious. That recommendation could change based on clinical trials presently underway.

Both hydroxychloroquine and convalescent serum are being studied for the possible use for prophylaxis, but the results from those trials are not available. Many of the recommendations aren’t terribly surprising. Persons who test positive for the coronavirus but don’t have symptoms should self-isolate for seven days after their first positive test.

Patients with mild symptoms should be monitored closely, because more serious symptoms can come on rapidly. Patients with moderate symptoms will likely need hospitalization and supportive therapy. People with severe disease may need oxygen through a cannula, or tube; patients in critical condition may need to be place on a respirator.

The plan is to update the guidelines frequently as new results become available. Swindells said there could be an update about the recommendations regarding remdesivir in the coming week or so.