A man stands in front of a countdown display for the Tokyo 2020 Olympics and Paralympics in Tokyo, on Monday. Japan’s Prime Minister Shinzo Abe acknowledged that a postponement of the crown jewel of the sporting world could be unavoidable. 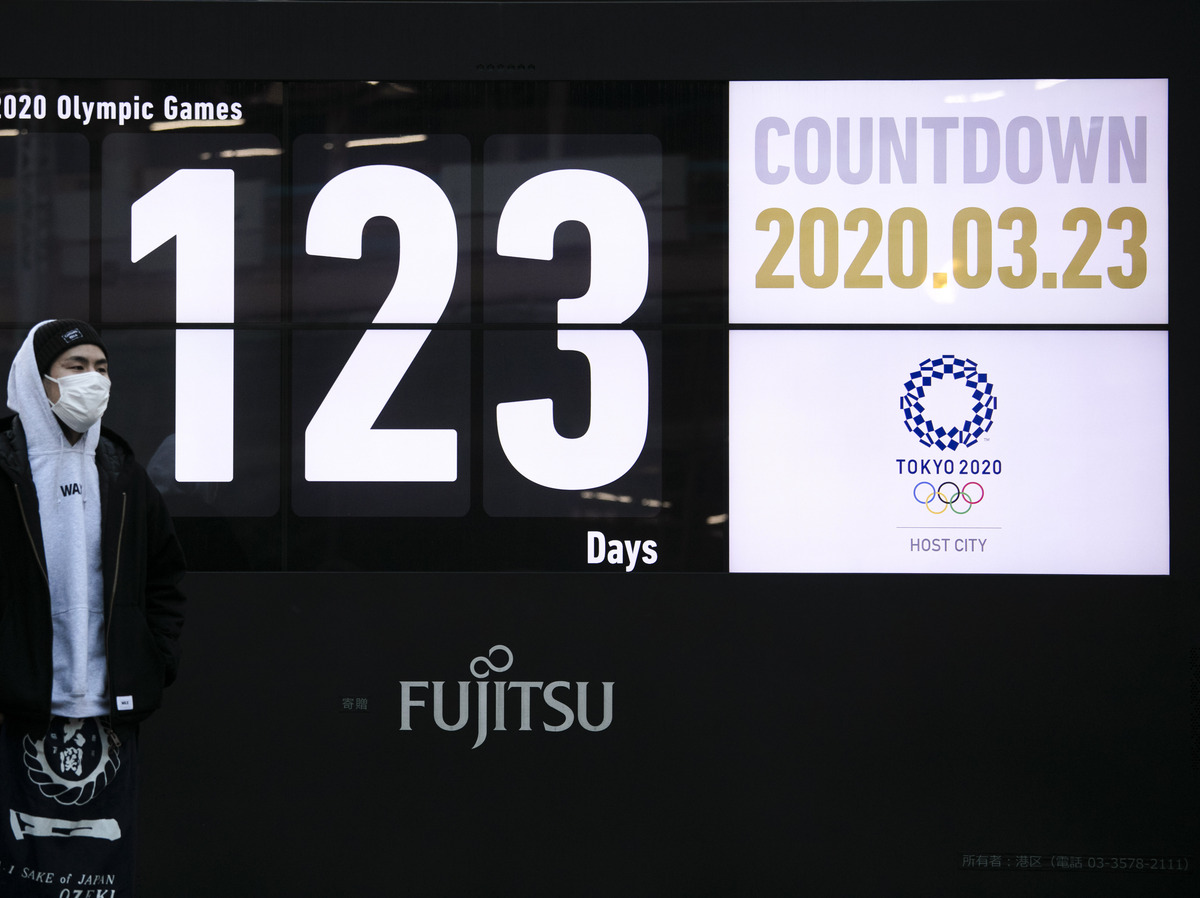 A man stands in front of a countdown display for the Tokyo 2020 Olympics and Paralympics in Tokyo, on Monday. Japan’s Prime Minister Shinzo Abe acknowledged that a postponement of the crown jewel of the sporting world could be unavoidable.

Speaking before Parliament, Abe reacted to a Sunday statement by the International Olympic Committee (IOC), which said that over the next four weeks it would consider alternative scenarios for the Games, including postponement, but not cancellation.

“This decision by IOC is in line with what I have said, about holding the games in their entirety,” he told lawmakers. “In case this becomes difficult, in order to make the athletes our top priority, we may have no choice but to decide to postpone the Games.”

Hinting at the dilemma, organizing committee CEO Toshiro Muto said mulling postponement or any other alternative scenario is “not easy.”

For weeks, Japan’s government and the IOC stoically clung to the position that any change in the Olympic schedule was unthinkable.

In an interview ahead of the IOC’s weekend statement, sports journalist Nobuya Kobayashi said that the government’s impassive facade should be taken with a grain of salt. “The government surely recognizes the possibility of cancellation, but they can never admit it,” he said.

Japan has more than 1,800 COVID-19 cases, including those that were aboard the Diamond Princess cruise ship.

Athletes from many nations have been demanding clarification from Japan and the IOC, as their qualifying trials and training camps have been canceled. Sunday, Canada said its athletes would not participate in the Games, unless they were postponed.

But the costs of rescheduling or canceling the games could be enormous. Japan has invested, by some estimates, $28 billion in infrastructure and preparations, while Japanese corporations have sunk billions into sponsorship deals, marketing and advertising.

This week, organizers must decide whether to proceed with the Olympic torch relay. It is set to start on Thursday in northeast Japan’s Fukushima prefecture, at a ceremony without spectators.

Chie Kobayashi in Tokyo contributed to this piece.