Kansas Gov. Laura Kelly answers questions about the coronavirus in March. On the day before Easter, the state Supreme Court upheld her executive order limiting the size of church services to mitigate the spread of the virus. 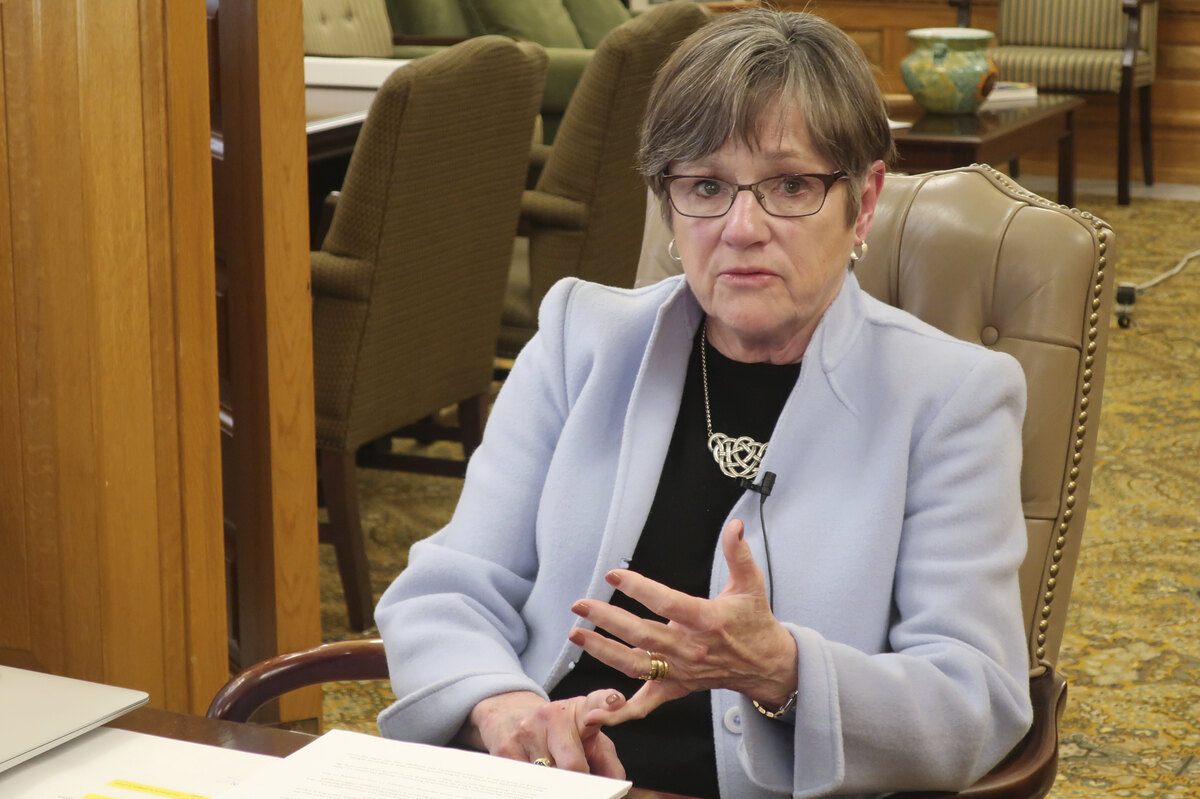 Kansas Gov. Laura Kelly answers questions about the coronavirus in March. On the day before Easter, the state Supreme Court upheld her executive order limiting the size of church services to mitigate the spread of the virus.

The Kansas Supreme Court has voted to uphold an executive order by the state’s governor limiting the size of church gatherings on Easter Sunday, ending a dramatic legal clash in which the court was asked amid a global pandemic to decide between public health and religious liberty.

In a ruling issued on Saturday, the court said Democratic Gov. Laura Kelly was within her rights when she announced an order on Tuesday limiting religious gatherings in the state to 10 people. The ruling came after an extraordinary morning session in which the court’s seven justices heard oral arguments via videoconference in order to comply with social distancing guidelines.

“We agreed to expedite these proceedings due to the nature of the public health emergency all agree is present,” the court said in the majority opinion.

Prior to Kelly’s order, religious institutions in Kansas were exempt from the state’s 10-person limit for social gatherings. But with the number of coronavirus cases in the state climbing, Kelly said she was forced to revise the guideline.

“As Holy Week gets underway – and with Kansas rapidly approaching its projected ‘peak’ infection rate in the coming weeks – the risk for a spike in COVID-19 cases through church gatherings is especially dangerous,” the governor said in a Tuesday statement. “This was a difficult decision, and not one I was hoping to have to make.”

The following day, Republican leaders on the state’s Legislative Coordinating Council voted to revoke the order, calling it a violation of the constitutional right to freedom of religion and an example of executive overreach.

The coronavirus has killed at least 55 people in Kansas and infected 1,275. Three of the state’s 12 clusters of cases have stemmed from church gatherings, according to Lee Norman, secretary of the Kansas Department of Health and Environment.