An employee pushes carts in Long Beach, Calif., at a Kroger store. The supermarket chain announced a $100 incentive bonus Friday for employees who receive a COVID-19 vaccine. 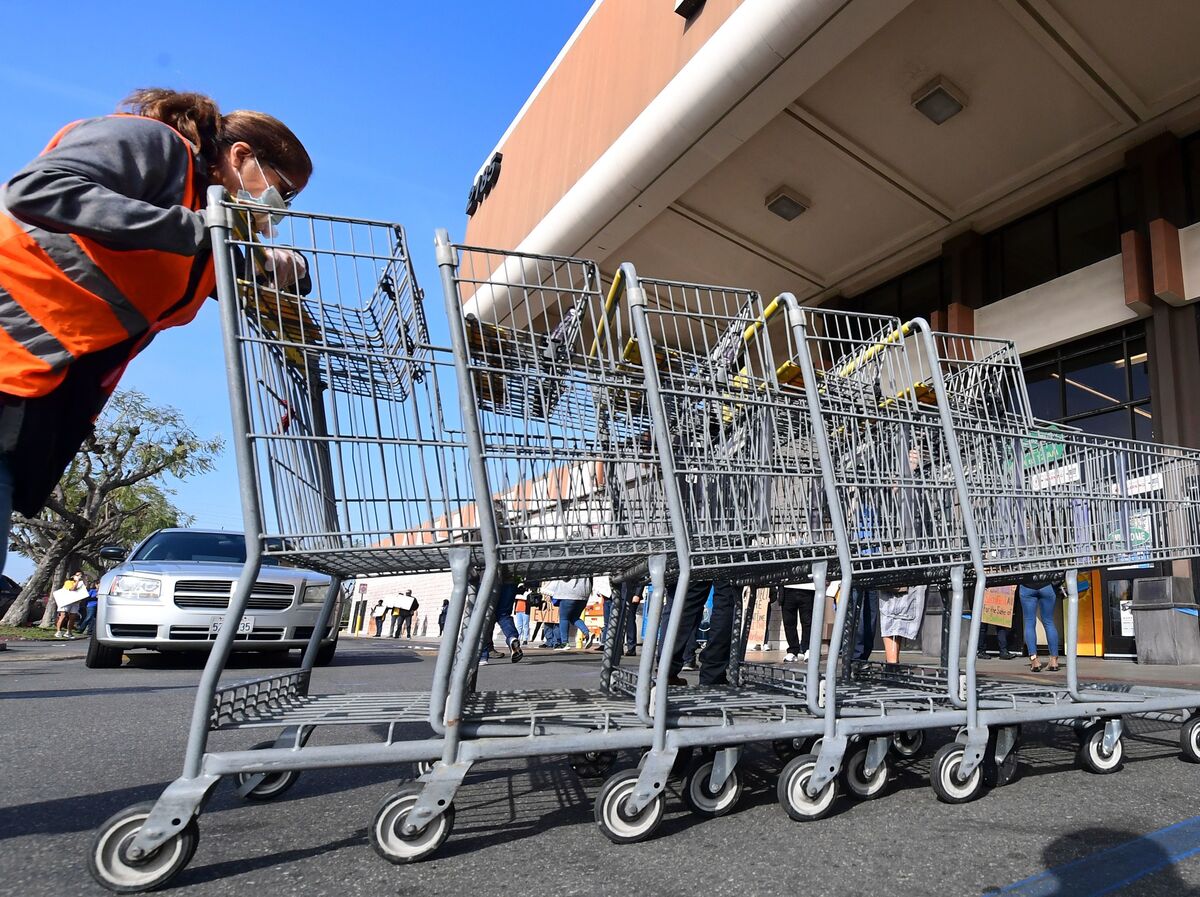 An employee pushes carts in Long Beach, Calif., at a Kroger store. The supermarket chain announced a $100 incentive bonus Friday for employees who receive a COVID-19 vaccine.

The supermarket giant Kroger Co. announced Friday that employees who receive a COVID-19 vaccine will be rewarded with a $100 bonus.

The one-time offer is available to all company associates, nearly 500,000 individuals in 35 states, who provide proof of their vaccination to human resources, Kroger said. Workers must have received the full manufacturer-recommended dose. As for those unable to receive the vaccine due to medical or religious reasons, completing an education and safety course will be enough for payment.

“As we move into a new phase of the pandemic, we’re increasing our investment to not only recognize our associates’ contributions, but also encourage them to receive the COVID-19 vaccine as it becomes available to them to optimize their well-being as well as the community’s,” Kroger Chief People Officer Tim Massa said.

Just over 58 million doses of the vaccines have been delivered throughout the country. However, only approximately 36.8 million of those doses have been administered, the CDC reported. And only 7.5 million people have received their full inoculation.

In an effort to get as many shots into arms as possible, a push was made in mid-January to allow anyone over the age of 65 to receive a vaccine. As a result, many frontline workers feel left behind. The virus doesn’t grow tired or weary, but grocery store associates do.

The Centers for Disease Control and Prevention categorizes grocery workers as frontline essential workers, the same group as firefighters and police officers, public transportation workers and manufacturers. These individuals are part of the CDC’s phase 1B of its recommended distribution plan, making them eligible for inoculation after health care professionals and long-term care facility residents. But individual states draw up their own vaccine distribution plans.

Dr. Richard Besser, president of the Robert Wood Johnson Foundation and former acting commissioner of the Centers for Disease Control and Prevention, told member station WBUR that states need to focus on vaccinating those that put themselves in harm’s way.

“I think that it’s critically important that we recognize that while every community is being hit hard by this pandemic, the burden of this disease is not being felt equally,” Besser said. “And those people who need to leave their homes every day to earn money, to pay the rent, to make sure that everyone else has food on their table, we need to do all we can to protect them.”

Kroger announced earlier this week the company plans to close two of its stores in Long Beach, Calif., after the city mandated a $4 raise for grocery workers at large supermarkets. The United Food and Commercial Workers International Union, which represents 1.3 million food workers including Kroger union members, said the company needs to do more.

“Kroger workers deserve free vaccinations for the risks they have faced and continue to face as COVID cases increase,” UFCW President Marc Perrone said in a statement obtained by NPR. “This one-time payment from Kroger is appreciated, but given the way the company has treated its workers during the pandemic, it does not recognize the contribution of these essential workers to our nation or the risks they face daily.”