Bruce L. Castor Jr., a former district attorney who declined to press sexual-assault charges against Bill Cosby in 2005, is one half of former President Donald Trump’s defense team for his impeachment trial next week. 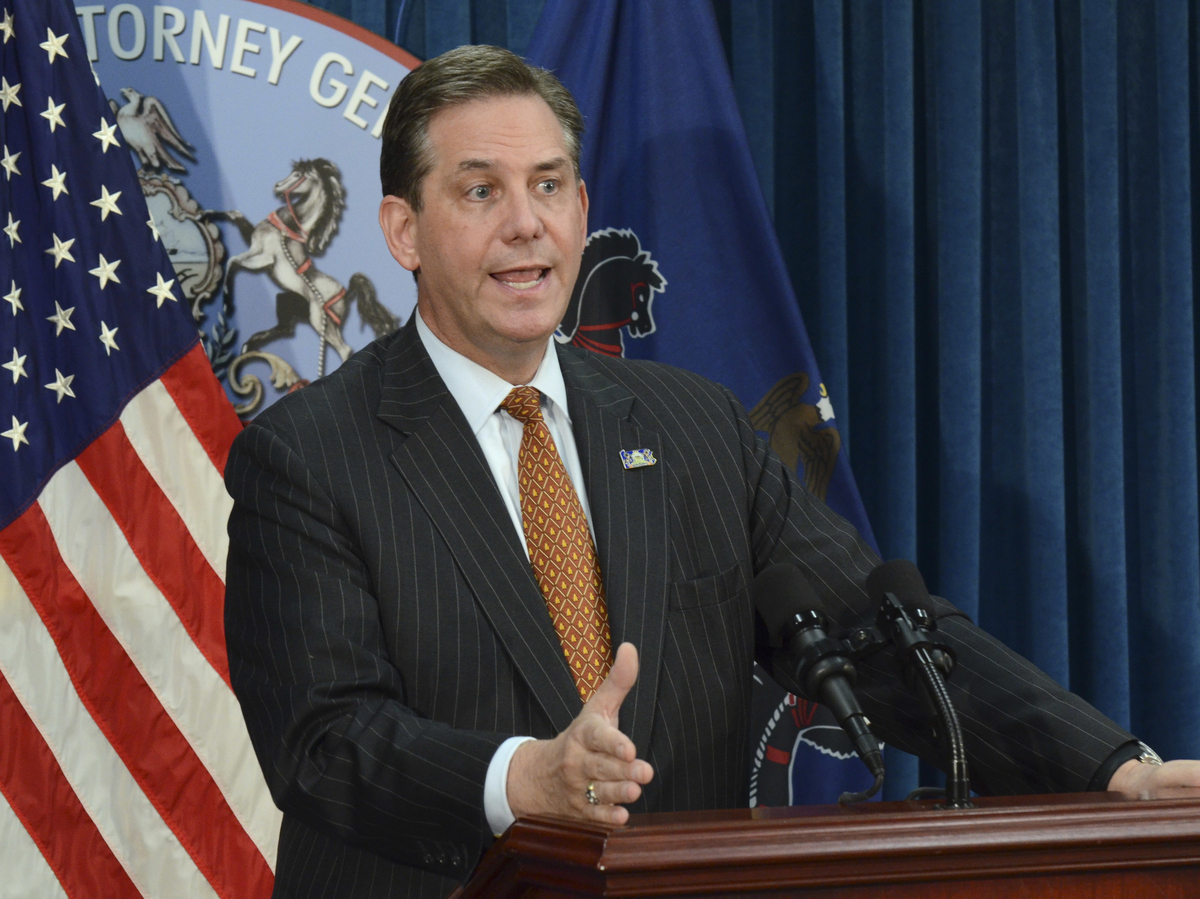 Bruce L. Castor Jr., a former district attorney who declined to press sexual-assault charges against Bill Cosby in 2005, is one half of former President Donald Trump’s defense team for his impeachment trial next week.

Former President Donald Trump has named two new attorneys to head up his impeachment defense ahead of next week’s trial in the Senate.

Trump was in need of new representation following the reported departure of all five members of his defense team this weekend. Now leading the team are attorneys David Schoen and Bruce Castor Jr. — both experienced in criminal defense.

The trial over Trump’s role in the Capitol attack this month, is set for Feb. 9. Trump’s team has until Tuesday, to respond to the article of impeachment passed by the House charging him with “incitement of insurrection.”

In a statement, Trump’s office says: “Notably, Schoen has already been working with the 45th President and other advisors to prepare for the upcoming trial, and both Schoen and Castor agree that this impeachment is unconstitutional – a fact 45 Senators voted in agreement with last week.”

The vote referenced indicates that garnering the necessary two-thirds vote for a Senate conviction is highly unlikely, since all but five GOP senators voted to dismiss the trial as unconstitutional.

Castor said in the statement, “I consider it a privilege to represent the 45th President. The strength of our Constitution is about to be tested like never before in our history. It is strong and resilient. A document written for the ages, and it will triumph over partisanship yet again, and always.”

One of Schoen’s recent, high-profile clients was Trump ally Roger Stone, who he represented during a sentencing appeal last April. He also has focused on civil rights litigation in Alabama.

Schoen most recently made headlines for meeting with accused sex-trafficker Jeffrey Epstein before Epstein’s death in a New York prison.

Castor was Montgomery County, Pa., district attorney from 2000 to 2008. During his time in office, he declined to prosecute actor and comedian Bill Cosby for sexual assault-related charges when one of Cosby’s accusers, Andrea Constand, went to police in 2005.

Constand later sued Castor in Philadelphia for defamation related to that case. The two parties settled the case confidentially out of court in 2019, according to reports.

Several other accusers of Cosby’s later came forward to report him for sexually assaulting them over the years. Cosby is currently in prison.

After leaving the district attorney’s office, Castor subsequently served as commissioner for Montgomery County and later briefly as the acting attorney general for Pennsylvania.