The NBA draft lottery won’t be held until May 19 at the earliest, but the Warriors are on track to select no later than fifth.

According to multiple league sources The Chronicle contacted in the past few days, the Warriors — contrary to what mock drafts might suggest — aren’t believed to be high on two of the three players being mentioned as possibilities at the No. 1 pick: former Memphis center James Wiseman and point guard LaMelo Ball, who last played for the Illawarra Hawks of Australia’s National Basketball League. As one source put it, “I think they’d only take one of those two if they were trading down in the draft and taking them for another team.”

With that in mind, Wiseman and Ball aren’t included in The Chronicle’s educated-guess list of what the Warriors call their “top tier” — the group of prospects they’d consider selecting with a top-5 pick: 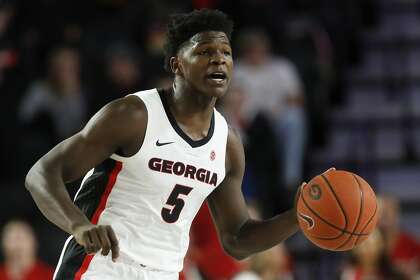 Anthony Edwards, SG, Georgia (6-3, 225, 18 years old): If the Warriors land the No. 1 pick in the draft, they’ll be open to trading it. But if Golden State doesn’t receive a worthy offer, it would likely take Edwards with the top selection, according to a league source.

Though Edwards doesn’t boast the efficiency, motor or winning pedigree teams want from a No. 1 pick, he has a good chance at developing into a high-usage shot-maker along the wing who can also defend multiple positions. Edwards’ ceiling is multi-time All-Star, and his floor is probably helpful rotation player.

The Warriors could do much worse than bringing him off the bench next season as a sixth or seventh man. And who knows? After a few years learning from Stephen Curry and Klay Thompson, Edwards might be ready to assume face-of-the-franchise responsibilities.

Deni Avdija, SF, Maccabi Tel Aviv (6-9, 215, 19): Avdija used a strong back half of the season in a top-flight overseas league to cement himself as the No. 1 international prospect in this class — not counting Ball, who grew up stateside — and a likely top-5 pick in June’s draft. Though Avdija projects as an average defender in the NBA based on his physical tools, he is an elite passer with an uncanny feel for the game.

His experience in the EuroLeague should give him a chance to play rotation minutes as a rookie, but the Warriors are high on him because of his long-term upside. Avdija, simply put, is one of the few players in this draft with All-Star potential.

If Golden State decides to keep the pick after landing anywhere between No. 2 and No. 5, it will take a hard look at Avdija. One source told The Chronicle that some teams believe the Warriors could end up having Avdija No. 2 on their big board behind Edwards. 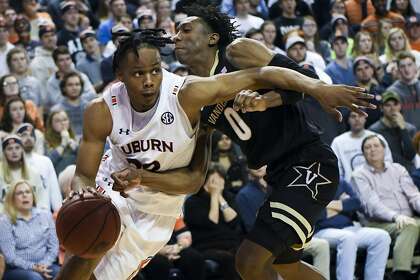 Isaac Okoro, SF, Auburn (6-6, 225, 19): Okoro wouldn’t be a flashy pick, but he could immediately help the Warriors’ defense regain its luster. As a freshman at Auburn, he was one of the best defenders in college basketball, using terrific balance and quick hands to change games on that end of the court.

Okoro’s jump shot needs plenty of work, but he has already demonstrated a knack for the subtle plays — screens, box-outs, put-backs — that fuel winning teams. The question is whether his offense leaves too much to be desired for the Warriors to feel comfortable taking him in the top-5.

If Golden State traded down to the mid-to-late lottery and Okoro were available, it would strongly consider taking him. His floor is quite high for a 19-year-old. 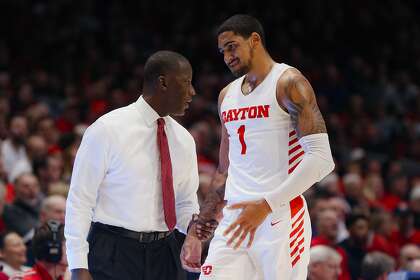 Obi Toppin, PF, Dayton (6-9, 220, 22): Toppin has been linked to the Warriors for months for good reason. They’re trying to vault back into contention with a healthy Curry and Thompson next season, and no one in this draft class is better suited than Toppin to thrive in Golden State’s system as a rookie.

Fresh off leading Dayton to the Flyers’ best season in school history (29-2), the Associated Press men’s player of the year is a readymade offensive contributor (20 points per game, 63.3 percent shooting percentage). Toppin’s relatively weak lower body raises questions about whether he’ll be more than just an adequate defender at the next level. But in a draft littered with flawed prospects, Toppin is as close to a sure thing as Golden State will find.

That hasn’t prevented him from becoming one of the trickiest players to peg. At age 22, Toppin might not have the upside of younger prospects. Mock drafts have him going anywhere between No. 2 and the late lottery. 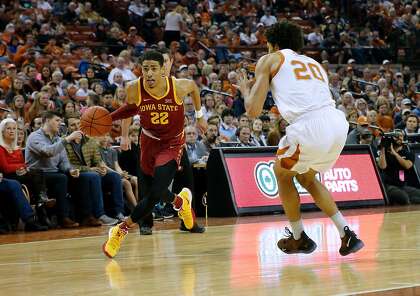 Tyrese Haliburton, PG, Iowa State (6-5, 175, 20): If the Warriors pick in the top-5, they’ll draft the best prospect available — not the player who fills a positional need. That means that even though Golden State already has Curry at point guard, it would be open to adding someone who could potentially take over for him someday.

According to a league source, the Warriors are believed to be higher on Haliburton than Ball. There might not be a player in this draft with a better feel for the game than Haliburton, who, in addition to averaging 6.5 assists this season, shot 50.4% from the field (41.9% from 3-point range).

Though he’ll probably never be the face of a franchise, Haliburton projects as an important complementary piece in the NBA. The Warriors could do far worse toward the end of the top-5 or, if they trade down, later in the lottery.

Killian Hayes, PG, Ratiopharm Ulm (6-5, 192, 18): Hayes might be the most complete point guard in this draft. As a high-usage playmaker in Germany’s top league, he played beyond his years, changing speeds with ease and dishing out 5.4 assists per game.

Though he’s still a bit left-hand dominant, Hayes has the craftiness and court awareness that NBA coaches want in their starting point guards. The problem is that, given the makeup of the Warriors’ roster, he might need to wait a few years to play big minutes.

That probably wouldn’t keep Myers from drafting Hayes, however. He is polished enough to supplant Jordan Poole and Ky Bowman as Golden State’s primary backup point guard from Day 1. By the time Curry’s production begins to decline, Hayes could be ready to lead the offense. 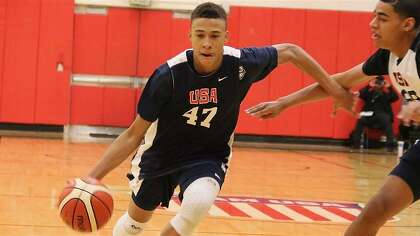 R.J. Hampton, PG/SG, New Zealand Breakers (6-5, 188, 19): In a draft loaded with question marks, sometimes the best approach is to take the player with the most untapped potential. That’s what the Bucks did in 2013 when, instead of opting for a more proven college player with the No. 15 pick, they took a gangly teenager out of the Greek second division named Giannis Antetokounmpo.

No one expects Hampton to be an Antetokounmpo-caliber player, but he possesses a combination of length, athleticism and ball-handling ability that could compel a team to use an early-to-mid lottery selection on him. Hampton averaged 9.6 points, 3.9 rebounds and 2.5 assists per game in Australia’s National Basketball League this season in what could have been his senior year of high school.

Though Hampton is still probably a year or two away from contributing to an NBA team, he has a chance to be great. And that’s something not many players in this draft can boast.

Bottom line: The Warriors are a league-worst 15-50, but they are more than three times as likely to land the No. 5 pick than the No. 1 pick. Odds are that, if Golden State doesn’t get the top selection and opts not to trade down, it will try to take Avdija. However, plenty can change between now and the draft.